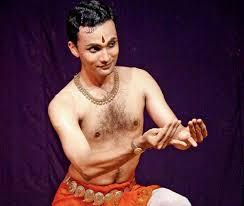 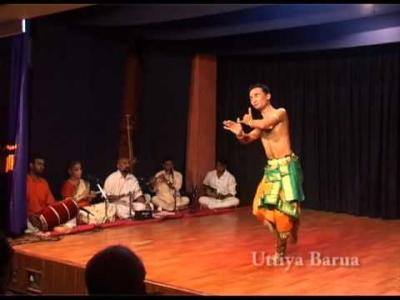 TRAINING IN THE FIELD OF DANCE:

• Initial training in the field of Bharatanatyam dance from Smt. Praveena S. Kutty

• Work with Bimbavati Devi (Manipuri Nartanalaya, Kolkata) in her production

• Taught in Taracharan Institute of Culture, Kalna as a dance teacher for 4yrs.

• Has been teaching for last 5yrs in Kalpakkal Dance School, Kalpakkam,

• Six students of Shivalaya Natyapalli, Chengalpet did their Bharatanatyam Arangetram,

under the guidance of Sri. Uttiya Barua.

• Performed in Tyagaraja Vaibhavam and Purnatrayee in Shanmukhananda Sabha,

as a group performer of Bharatakalanjali, in Chennai 2012.

• Has performed in several performance organized by Rabindra Bharati University.

• has performed in NCPA Umang Festival in Mumbai,2013

Uttiya continues to perform as a solo, duet as well as group performer with The

Dhananjayans in well known sabhas in Chennai and many places in the country.