SAI (Samudra Arts International) is a society registered in India as a charitable organization which is devoted to promote and promulgate pure cultural performing art forms of India, as well as support noble charitable causes. With its HQ in Kuwait,locally we are also registered with the Embassy of India, Kuwait. It aims to promote harmony and serenity through rhythm and melody. It has been formed with the objective of supporting and preserving traditional Indian music, dance and other performing art forms which are part of our countrys cultural fabric. SAI aims to introduce Indian music, dance and other art forms to international audiences and also to support international performing artists, who work in close cooperation with our august membership and patrons.

We have also promoted many well known Organisations such as Soorya Stage and Film Society, Thiruvananthapuram to open chapters and spread its wings world wide.SAI considers it a great pleasure and blessing to be part of the promotion to such great organizations and also a great blessing to be connected to cultural organizations such as Swaralaya being the chief International coordinators of the same. Being a Director of the International Artists Data Bank, SAI is priviledged in holding a lot of contacts and order of the work schedule of so many versatile International artists from Srilanka, England, America, Singapore, China , South Africa, Spain to name a few. Along with the so many aforementioned laurels we are also proud to be the Founders of AKWAA ( All Kerala WomensAlumni Association) inaugurated by Princess Sethu Parvathi Bayi of the Travancore Royal Family.

Walking through our 21years we had our Anniversary celebrations on the 2nd of Feb 2014, a very colourful and Grand function at the Durbar Hall Ground , attended by an audience of more than 4000 people . We marked our Anniversary with a prestiogious Award  Diamonds on Silver meaning the Legends on Silver Screen. The first of its kind , this Award was granted to Dr.(Smt) Vyjayantimala Bali and attended by Diginitaries such as our Union Minister Shri.K.V.Thomas who offered her this Award on behalf of Samudra Arts International (SAI) , Mr.Hibi Eden MLA, Mr.Sheikh Pareeth IAS The District Collector, Mr/Tony Chammany Mayor of Ernakulam, Mr.Jayashankar DTPC Secretary and other distinguished guests.

SAI is actively involved in organizing festivals, seminars, conferences, and events, where we provide platforms to deserving and artistically matured performers from various genres. We are keen to organize programs and festivals featuring as well young musicians, dancers, and other performers. We are committed to staging at least two events every year in GCC countries, and at other chapters. These shows are non-commercial and performed for our members and an invited audience. We plan to organize programs to encourage local artist by providing them a stage in various countries and to thus promote aspiring talents.

The cost of conducting such events is usually met from the support and the goodwill of corporate and individual sponsors. The proceeds if any remaining from conducting these shows we contribute to charitable causes; as well as to offer a helping hand to deserving artists in India. We are proud to state here that the national press and Indian TV channels usually take great interest to cover our shows.

Our aim is to promote young and aspiring talents of India, whilst also inviting artists with international class and fame to perform for our members and invitees. By conducting exchange programs with other nationalities in close contact with their Embassies in abroad .we find that it helps pave the way for our artists and culture to reach their countries.

Along the lines of our Organisation based in Kuwait and with the requests of the many members,we are now in the process of setting up chapters in India to the benefit of our art lovers and supporters in India. SAI is also being tranformed into SAI Arts Academy, wherein we intent to bring to our audience the many talents vested in our team of artists especially the foreign performers who are keen on introducing their art forms,to hold Lecture demos,workshops etc to educate our young ones.

SAIAA welcomes the Indian artists, art schools, and other organisations to join hands to promote our culture.we aim at doing exchange programmes with other nationalities to support aspiring talents in our hometown.Our artists are all internationally known personalities, Grammy Award nominees and Grammy Award winners.SAIAA will be a platform for the members to interact with these eminent personalities, to get to know them more and their culture and tradition.

About the Managing Director 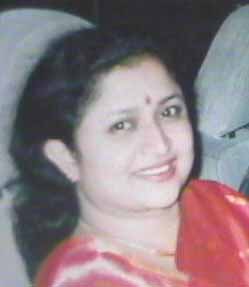 Mrs. Veena Janardhanan is a native of Thiruvananthapuram [Trivandrum], the capital of the state of Kerala, India  Gods' Own Country. She is married, with two sons, and lives with her husband in Kuwait. She travels extensively in the pursuit of promoting the activities of SAMUDRA which is her third child and her passion in life.

She is a post graduate in Economics and through out her student career has taken a keen interest in debating, writing, and the arts. She was several times unanimously elected to head the arts club of her alumni and as general secretary of the college union.

For the past 15 years plus she has worked at organizing cultural events at various venues. Whilst in Abu Dhabi she founded the All Kerala Women's' Alumni Association bringing together all graduate women from various universities under one umbrella, with the blessings of Princess Gauri Parvathi Bhai of the Travancore Royal Family. AKWAA till date continues to undertake socially responsible programs for the alleviation of suffering among economically under-privileged women back home.

She is also the Director of Artists Data Bank International, an exchange forum for international performing artists.

As the Founder and Director of SAI  SAMUDRA ARTS INTERNATIONAL, she worked initially to promote and popularize other leading India based cultural organizations abroad using the extensive network of contacts and friends she had built up world-wide. Some leading cultural ambassadors whose shows that the Indian Diaspora today enjoy in this part of the world owe thanks for their initial ground breaking effort to her. This eventually turned in to a thankless task and thereafter she focused on growing SAI and its network of chapters. SAI enjoys its current success and reputation due to her tireless efforts and the support of the dedicated team of SAI family members she has built up at the various chapters of the organization.

She takes a lot of interest in influencing the content of the performances presented to our audiences at SAI events such that it is made palatable and acceptable to laymen and non-Indian audiences who may not be too familiar with the intricate grammar and format of our highly sophisticated classical music or dance forms, thereby helping to popularize them.

There's a ways to go for her and SAI in the months and years to come and she looks forward eagerly to the challenges and the joys that lie ahead.